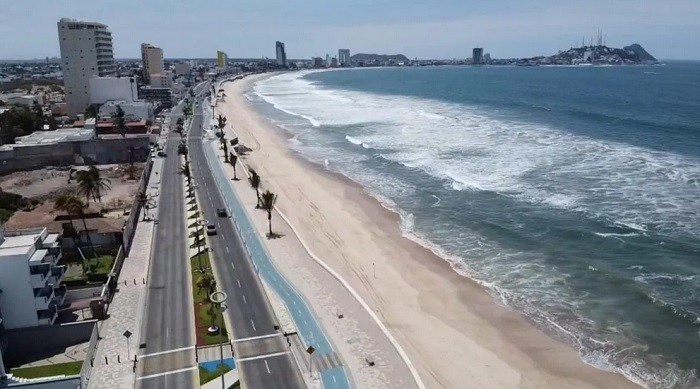 The mayor argues that the aerial devices could also be used to rescue bathers as they can transport lifesavers.

The operation of drones to disinfect the beaches of Mazatlán is being prepared. Mayor Luis Guillermo Benítez Torres explained that there are two companies competing for the project, the one that best complies with the needs will sign the agreement with the City Council.

The municipal president explained that there is no estimated date for implementation, since the economic agreement has to be made.

Benítez Torres said that he does not have the exact amount of what the drones will cost. He also revealed that one of the companies is asking the municipality for a five-year contract.

The Mayor of Mazatlán plans to use drones to disinfect the city, the beach, in ranges of 3 kilometers. The drones will be able to carry out water rescue operations by transporting a lifeguard.