Mazatlan will become the Mexican Dubai

Mazatlán will need a new port in the API, due to future projects such as the USMCA railway and the Aerospace park 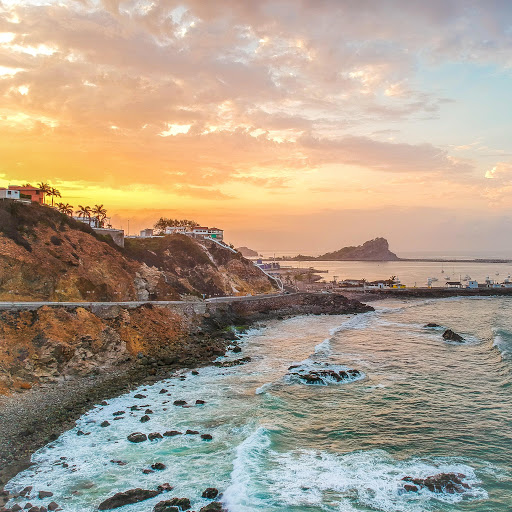 Mazatlán, Sinaloa.- The Mayor of Mazatlán, Luis Guillermo Benítez Torres, recognized that Mazatlán is going to be the best municipality and the best destination in Latin America, and why not? it’s going to be the Dubai of Mexico.

“Everyone already knows the USMCA railway project, which comes from Canada to Mazatlán, the Aerospace park that is already being built, the land is already being cleaned, which they made an agreement because they practically close the circuit of the arrival of the cargo of goods that come from Canada, from the eastern United States that come to Mexico via Mazatlán and vice versa, “he explained.

Benítez Torres stressed that with this project a new port has to be built, so as not to put Mazatlan tourism at risk because it is the main economic activity.

“70 percent is obviously tourist and with this project that is a reality, it is not something that is planned to be done, it is something that will be done in a very short time,” he reported.

The municipality stressed that the federal government committed to providing support to both projects.

Caxxor Group CEO Carlos Ortiz confirmed that in 2021 the first stage of the USMCA Mazatlán-Winnipeg rail corridor will begin. In a virtual conference with Copamex Mazatlán partners, he presented the corridor master plan that will integrate the proposals of shipping companies and logistics operators that includes the creation of the new port, Noroeste reported.

The company has been working with the Government of Sinaloa, specifically with Javier Lizárraga, who is Secretary of the Economy of the state. The Caxxor Group executive also announced that there is the possibility of expanding to the Isthmus of Tehuantepec, from the Suchiate River, thus the work would make Mazatlán the most important port in Latin America.

This project will be launched in January, it will begin to be built in a few months ahead, it will be possible to finish building in about two or three years and this is where this revitalization of commerce will come,” Ortiz said, reiterating that the infrastructure will be classy. worldwide and that investment in the area will be safe.

The project will have two stages, first related to a state-of-the-art railway, which will go from Sinaloa to Durango and will have a container terminal. Then, a port that Ortiz classified as “highly viable” so that Mexico has a large port in the Pacific and is highly competitive in terms of cargo.

In the next two months, the plan will have its refinement stage in order to include the voice of business organizations and users of that infrastructure. Altimetry studies are underway and everything the railroad has to cover. A platform will be created on the port that includes the development of the first Mexican port technology, a model that can even be exported.

The general director of Caxxor Group clarified that the port platform will not be within the enclosure so as not to negatively impact the tourist vocation of the place, however, he did not indicate the exact location where the platform would be placed. “The shipping companies asked for a port in the Pacific. That they did not have to enter the Sea of ​​Cortez so much, so Mazatlán is more viable” to comply with this, he concluded.